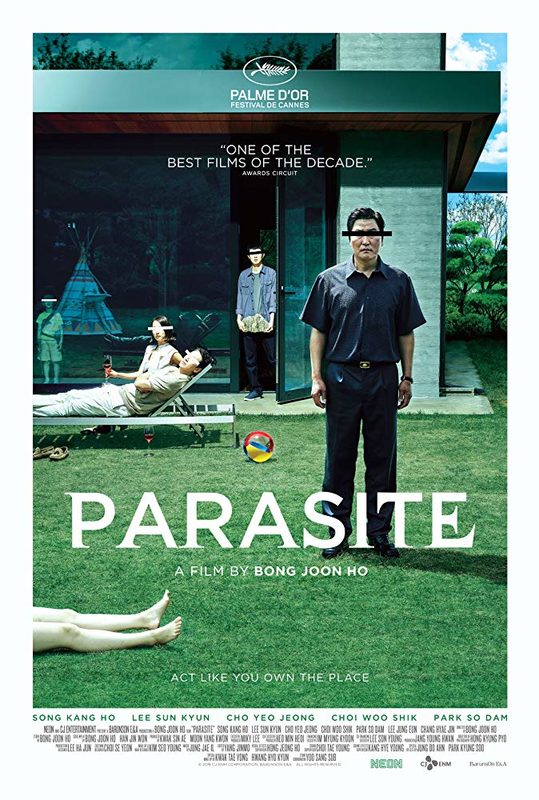 Special screening with English subtitles only!

All unemployed, Ki-taek and his family take peculiar interest in the wealthy and glamorous Parks, as they ingratiate themselves into their lives and get entangled in an unexpected incident.

Parasite won 4 Academy Awards (Oscars), including Best Picture (as the first foreign language film in history). It was also the winner of Palme d'Or at Cannes film festival 2019 and Best Motion Picture - Foreign Language at the Golden Globes 2020.